The crypto sphere trades positively on Thursday and Monero shines.

In general, the crypto maker is performing well on Wednesday as Bitcoin trades just over 3.5% higher on the session. BTC/USD once again pushed past the 9K mark after retracing to find support at 8637.26 on Monday.

From a technical perspective, the price is still in an uptrend but the key resistance is still the wave high of 9957.53. The indicators are showing a mixed picture, the Relative Strength Index (RSI) indicator has pushed above the 50 mid-point which is a bullish sign. Conversely, the MACD signal lines and histogram are still below the zero line. The 55 and 200 moving averages are under the price and could provide support in the future which is positive.

Ripple’s XRP has been trading higher on Wednesday as crypto sentiment improves. The price has now come up to a resistance point as the 55 Exponential Moving Average and the 0.20 psychological level join forces to stop the bulls.

There is also a large triangle formation on the chart and a break could give us some great clues on the future path of the pair. Currently, the price has made a few lower high lower low waves and the downside looks like it has slightly less traffic.

Monero is the outperformer on the session rising 4.44% although it is higher it still has not broken the previous wave high and the structure is still pretty much the same as the rest of the majors. The price is above the major moving averages (200 & 55) and the RSI is above 50. The only down point is the MACD which is under the zero in respect to both histogram and signal line. 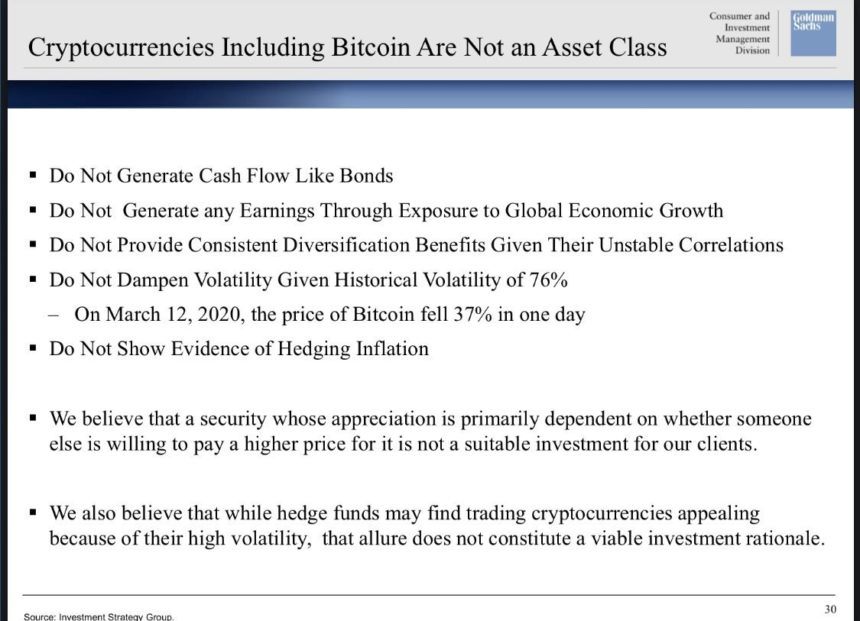 Goldman Sachs the investment banking giant still do dont consider Bitcoin to be an asset class according to the recent client phone call.

It’s clear to see that Goldman Sachs will not be adding BTC to their list of asset classes anytime soon. It must be said that some banks have had a history of putting out negative notes on securities and loading up themselves. Not for one second is that the suggestion here but nothing can be ruled out.

CoinShares launches index based on gold and five cryptocurrencies.

The cryptocurrency asset management company, CoinShares, launched a new index that is based on gold and five large-cap cryptocurrencies. The index is called Cryptoassets Index (CGCI). And available on Bloomberg terminal and Refinitiv.

Gold accounts for 68,25%, while the remaining 31,75% are equally distributed between the five cryptocurrencies. According to CoinShares, CGCI was the first digital currency index to comply with EU regulatory standards, while its average annual return on the investment vehicle is 18.78%.

The US-based cryptocurrency exchange confirmed the acquisition of crypto-focused prime broker Tagomi. The cost of the deal is between USD 70 and USD 100 billion, The Block reports. Currently, it is one of the largest purchases made by Coinbase so far.

The acquisition will allow Coinbase to develop the institutional business and provide cryptocurrency trading and storing services for the professionals. The deal was first announced in November.