Gibraltar Succeeding in Crypto Regulation Where Others Fall Short 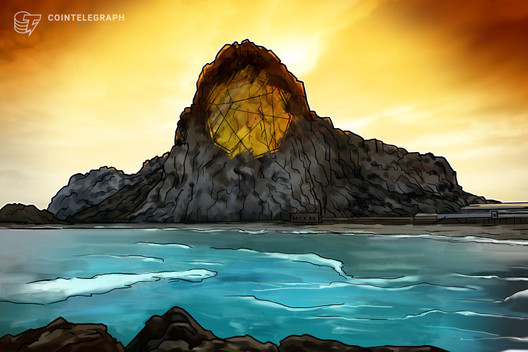 For hundreds of years, Gibraltar was a vital part of the British Empire. The tiny territory, known as “The Rock” due to a gigantic protrusion of limestone that dominates its skyline, was sliced off the bottom of the Iberian peninsula in 1713 and has been a British Overseas Territory ever since. At first glance, the territory is small, dry and home to an oversupply of thieving monkeys. But beyond the southern tip of the territory lies the Strait of Gibraltar, through which half of the world’s shipping traffic still passes.

Despite the territory’s growth, the British Empire eventually withered and died, and with it went the steady flow of wealth into Gibraltar — but not for long. Perhaps shaped by its central role in international shipping over the centuries, the territory never shook off its global ambitions. Four decades ago, Gibraltar burst forth from the smouldering ashes of the Empire, a financial phoenix in its own right.

In only 40 years, Gibraltar has gone from a port economy to an international finance hub thanks to its regulatory environment based on English law and growing reputation as an offshore-banking haven. Now, the government is adding the burgeoning crypto and blockchain sectors to its highly selective portfolio.

Like other mediterranean finance hotspots, Gibraltar has often been ahead of the game in terms of taking on lucrative financial sectors that larger states are reluctant to touch. After building a substantial offshore finance sector in the 70s and 80s, Gibraltar became the new home for many of the world’s most prominent bookmakers and online gaming operators from 2002 onward. It’s clear that the Gibraltar government is taking the same enthusiastic approach to crypto payments, with finance minister Albert Isola recently telling Cointelegraph that the small territory already legally accepts crypto-asset payments.

But Isola’s arms-wide-open approach to cryptocurrency is not restricted to Gibraltar alone, as he said that all jurisdictions recognize crypto payments in the absence of legal policies outlawing them. While this is clearly an approach that operates in the legal and regulatory gray area, Minister Isola added that, in his view, it is possible to legally transfer crypto assets:

“The question is, in legal terms, how do you identify what it is that you are transferring? As long as you get identified, you can transfer it and on a proper legal footing.”

It’s no secret that the Gibraltar government has a hawk’s eye for lucrative markets. After just four years of extensive preparation and research, the Gibraltar government introduced a regulatory regime for blockchain firms at the start of 2018. Since then, the territory has gone on to attract a number of industry-leading firms, including major crypto exchange Huobi and crypto and payments platform Xapo.

Gibraltar’s reputation as one of the world’s leading finance hubs certainly appears to have had some serious pulling-power when attracting prospective crypto companies. Kelly Pettersen, global head of business development and the chief marketing officer at crypto lending platform Lendingblock told Cointelegraph that becoming a regulated entity was crucial for the firm, which chose Gibraltar because of its robust regulatory structure:

“Lendingblock undertook an extensive review of various crypto-friendly jurisdictions, and Gibraltar’s regulatory environment provided a clear regulatory structure rooted in a principles-based framework. And in order to acquire the distributed ledger technology license, there is an extensive process that each applicant company needs to go through in order to prove compliance.”

The relationship between cryptocurrency and sovereign states is usually frosty at best. While certain cities have become fintech hotspots, companies still have to face up to strict regulatory scrutiny. In other cases, governments outlaw crypto entirely.

Yet, Gibraltar claims to be open for companies willing to give the territory a try. So, how are companies set up on “The Rock” faring with the government? Eddy Travia, CEO of Coinsilium — a blockchain and digital asset investment firm based in Gibraltar — told Cointelegraph that the government has been consistent in its support for the industry, adding:

“Gibraltar has a strong record of seeking quality over quantity as demonstrated with their approach to the gaming industry, with only ‘blue chip’ brands licenced to operate in the jurisdiction. Likewise with DLT we consider its regulatory framework to be ‘right touch’ as opposed to ‘light touch.’ We believe that their aim is to be equally selective in order to attract reputable operators who understand and embrace the commercial and reputational benefits of operating under a respected regulatory framework.”

Pettersen also lauded Gibraltar’s framework for dealing with emerging tech and payments, citing the strong application process that makes use of a principle-based framework approach to filter out companies that don’t hold out under regulatory scrutiny:

“This structure focuses on the application of principles rather than outlining rigid rules that could likely quickly become antiquated and stifle growth. Furthermore, the process to approval is rigorous and extensive, and something that Lendingblock, who went through a 15 month process to regulatory approval, welcomed openly, as it sets the bar high when it comes to licensing in the crypto economy.”

For many people not actively involved in international finance, offshore banking hubs rightly raise eyebrows. Since the explosive revelations in the 2015 Panama Papers, many small finance-focused territories that place a premium on corporate privacy have become synonymous with illegal activity. But the regulation-first approach of Gibraltar could set it apart from its shadowy contemporaries. Trava told Cointelegraph that the decentralized nature of cryptocurrencies are problematic for regulators, but believes that regulation will serve to assist further development:

“There is no doubt that decentralisation and peer to peer transactions by their very nature presents regulators with real challenges and this is by no means a Gibraltar-centric issue. From Coinsilium’s perspective we believe that as the industry and the technology evolves and matures it will become more apparent what part, if any, regulation will play and where the ‘value add’ will come in.”

Pettersen outlined her view that regulation is necessary to encourage best practice and continually raise the benchmark of standards across the industry. Therefore, a broad regulation approach that spreads across jurisdictional borders will foster compliance and development of best practices. She continued:

“It may even help future-proof companies because they must adhere to a high standard of operating which could result in competitive advantages or even the creation of barriers to entry for others. The fact is, however, that crypto still faces a number of hurdles when it comes to regulation. Regulation is still playing catch up to this innovative technology and as regulation is not global in nature, regulatory alignment still has yet to be achieved.”

It could be cynically argued that the need for companies to submit to regulation — at the occasional cost of decentralization — is an unavoidable pay-off in the modern world. But one thing is for certain: The timing of Gibraltar’s experimentation with crypto businesses seems almost perfect.

Perhaps the territory’s push into the space has come too late for 2017-boom-era activity, but it is right on time to make an impact on the crypto and blockchain sector as it stands with one foot across the threshold into wider finance. As governments and firms across the world race to implement some of the most revolutionary ideas to come out of emerging tech, Gibraltar’s robust, rules-based approach could be the one of the closest attempts at striking an effective balance between the needs of business and the state to date.

VeChain and I-Dante Co-developed E-HCert, A Blockchain-based COVID-19 Records App For the ...