Investment manager Vanguard recently completed the first phase of a partnered blockchain pilot aiming to streamline ABS and potentially other securities markets, seeking to reduce costs, reshape roles of service providers, and even enable sophisticated issuers to pursue deals on their own.

The transaction involved a “large,” undisclosed asset-backed issuer, utilizing the enterprise blockchain platform of technology firm Symbiont. The initiative fronted by Vanguard, one of the largest asset managers globally, has enlisted major players in the U.S. to participate in the pilot, including BNY Mellon, Citi and State Street.

Warren Pennington, head of Vanguard’s investment management fintech strategies group, said the goal of the first stage was to accustom participants in the transaction to the notion of a digitized security, rather than a token. When participants are comfortable with the process and how it interacts with their systems, the goal will be to grow the number of investment banks, custodians, issuers and investors, and pursue the first actual issuance within a year, possibly by year-end.

“This is all under the umbrella of trying to find ways to improve the functioning of the capital markets, to benefit our investors,” Pennington said.

A key goal will be to increase transparency and improve information about investments and reducing costs.

The notion of applying blockchain, or distributed-ledger technology (DLT), to financial markets is not new. A Chinese bank completed a $1.3 billion residential mortgage-backed securities (RMBS) a few years ago. Within a blockchain transaction, all market participants have access to the same data at the same time, although depending on their roles they may see a smaller portion.

Typical over-the-counter (OTC) ABS deals often have multiple tranches and investor types, and several parties are involved throughout the life of the security, including investment banks, custodial banks and trustees. The transactions can consequently take weeks to complete—perilous in periods of sustained volatility and illiquidity such as the current pandemic. 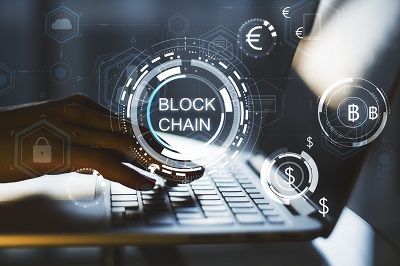 “In this issuance, the ABS was completely modeled using the Symbiont smart-contract language, and the issuer holds the books and records,” said Mark Smith, CEO and co-founder of Symbiont. Smith added that the Assembly blockchain acts as the platform custodying the instrument through its entire lifecycle.

“This is not tokenization, but the actual property-right, native issuance,” Smith said, noting that tokens are often used to represent the values of assets on a blockchain, but they open the possibility of a “man-in-the-middle” attack, resulting in false information introduced into the blockchain’s immutable information log.

Another goal of the pilot is to reduce transaction costs by improving efficiency. The OTC ABS market’s complexity, with multiple players and transaction steps, some still manual, results in higher costs and more risk.

“We’ve found distributed-ledger technology helps in modernizing markets where there isn’t an infrastructure, and that’s why we focused initially on OTC ABS,” Pennington said.

One hurdle may be market perception that there’s insufficient secondary-market liquidity to trade bonds over Assembly, resulting in a price discount.

“We want to be sure to have the ability to have the digitally native ABS security equally liquid and have the exact same price as an equivalent security traded the old-fashioned way,” Pennington said.

Most OTC ABS is illiquid today, despite efforts over two decades to institute electronic trading of bonds. A blockchain platform may help since it automates processes and reduces the time to issue and trade the securities from weeks to less than an hour, Smith said.

Pennington noted that most deals require an investment bank to structure the transaction, a financing facility, legal advice, trustees, custodians, and marketing to reach out to multiple investors. But today there’s no technological infrastructure connecting those pieces, resulting in delays, higher costs and potential errors.

Those components remain important in the blockchain solution, he said, but investment banks, for example, will focus on where they add value rather than performing traditional functions now automated by the blockchain.

“It’s about having the investment bank and other parties involved only when they’re needed,” Pennington said, adding some sophisticated issuers may be able to perform most of the functions on their own.

Smith called the introduction of blockchain technology an “evolution” in the marketplace that, in most cases, will still require the various services to issue and trade less-liquid securities. “They’ll have a very important role to play, but we’re enabling them to do it in a much more efficient and safe way, completely electronically.”